Who Else Has a Magazine?

by Jeff on September 17, 2006 in Entertainment, Uncategorized • 0 Comments
Share This

I headed over to Kroger the other day to pick up groceries snacks the new NBA preview magazines. Oh, yes, it is that time of year again. Street & Smith, Sporting News and Athalon all have their previews on the shelves. Sports Illustrated and Lindy’s are still on the way. Woot!

Anyway, while I was parusing at the magazines and not even for a second looking at the Hooters swimsuit issue, I saw this: 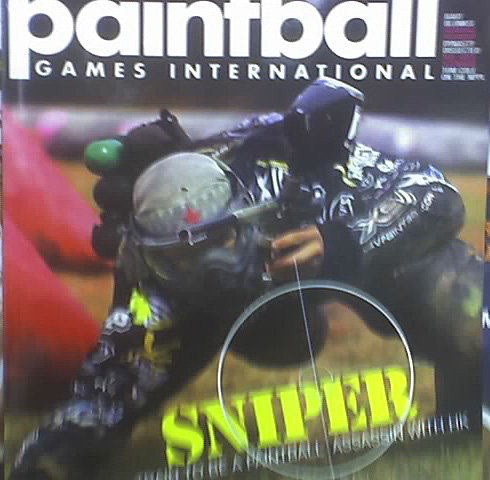 I know that there is a movie coming out with the Daily Show’s Rob Courdry that is about Paintball. I know that the recent Matthew McConnnnaaahaaay (I don’t care that I can’t spell it) flick had a paintball scene in it with Carrie…er…that chick that was in Square Pegs with the big chin who married Ferris Bueller.

Yes, I know that, like Dodgeball (I’m assuming kickball is next) is sweeping the nation, more than just militarist freaks who like the thrill of killing people without the actual death and dismemberment are digging on the paintball if its got its own magazine.

I’m going to start my own magazine, methinks. It will be “Magazine: Buy It Because It’s on the Shelf.” It will be filled with advertisements, particularly the cologne one’s that stink and make your car smell like sweaty Antonio Banderas. I’ll rake in millions before anyone realizes that there is actually nothing in it. It should work since there are so many other magainzes with nothing in them that sell every single day of the week. Just ask the folks at Jane.

← Interview With Dr. Jeff Masters at Houstonist.com
What the Hell am I Doing? →