You Know You’re Somebody When You’re on Ebay

by Jeff on November 27, 2006 in Music Archive, Things You Buy for $100 Archive, Uncategorized • 0 Comments
Share This 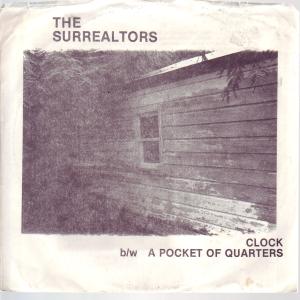 I remember the first time I went into Half Price Books and found a copy of a CD I had played on in the used bin. This is one of those milestones as a musician. Others include:

You get the idea. I got an email from my singer in orange is in to report that one of the first things he and his brother ever recorded in their old band The Surrealtors surfaced on Ebay for sale from a British vintage and rarities video and record store.

I must admit to being a bit jealous. This is pretty damn cool if only that somehow the record (yes, real vinyl) migrated all the way to the UK only to be sold on Ebay.

Fountains of Wayne has a song with the lyric, “Before you get sold, you get bought for a song.” It’s a way of saying that you can’t be exploited for profit until you sell yourself like a cheap whore. This sale on Ebay is like vindication for all the sleeping with strange “John’s” and STD’s. It was all worth it, baby. You’ve not only “been put in the back in the discount rack like another can of beans,” as Billy Joel might put it, you’ve been relegated to Ebay as obscure and even rare.

Do I smell a Surrealtors boxed set in the works?