Worthless Things About Me You Can Use for Trivial Pursuit, the Jeff Balke Edition 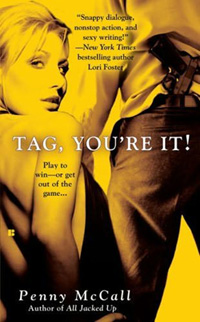 My friend, Jill, tagged me today. Oh, it’s not what you think, perv. Geez, why is it every time I write something on this blog, you have to think it’s about sex? There is something wrong with you, deliciously wrong…wrong in all the right ways, if you know what I mean, and clearly you do. You degenerate. You sexy, sexy degenerate.

When I saw I had been tagged, at first I thought it meant something different involving a wooden spoon and your mom (HA! Got you, didn’t I?), but what it really means is that I have to write seven things about myself and then pick seven other bloggers who I get to tell what to do for seven days like a butler service. They have to do whatever I tell them including sweep my floor with their toothbrushes, fix me breakfast, buy me t-shirts…wait, what?

Oh, I’ve been informed just now that tagging someone does not turn him/her into your personal slave or butler or anything cool like that, which is probably good because I’m not sure how Jill would choose to cash in her tag chips with me, though I’m fairly certain it would involve taking pictures of strange bathroom graffiti or serenading she and her boyfriend with songs about Jesus and we all know how awkward that can be.

Here are the seven things about me you probably didn’t know and probably didn’t WANT to know, but I’m telling you anyway. Then, I’ll tag some of that ass at the bottom and by tag, I mean, um, tag. Sigh.

I sleep in Antarctica.

I run my a/c in the winter at night. I pile myself with 1000 blankets and hope for the best. If I had dogs, I’d pile them on my like a Russian winter.

Neither of my front two upper teeth are completely real.

Freaky, right? Both were damaged during a death-defying water slide stunt 20 years ago. And by that I mean that I was on a water slide not paying attention and my face hit a wall. Anyway, one tooth was replaced and the other was overhauled or whatever fancy dentile word they use for it. I think they used dead pirate teeth as replacements, which is why I often feel the need to plunder villages with a musket and eat salted pork. I’m pretty sure that’s why.

I only really like the beach in winter…unless it’s a really cool beach and even then, I’d probably rather fish off of it and scare children than lay on it because I turn into a giant freckle when I suntan.

Beaches in winter are ironic because they are cold and people go there to get warm. See, I get irony. Plus, you can find driftwood and treasure and dead bodies and hypodermic needles and cool stuff like that on them even in the winter time. And, yes, I turn into a giant freckle when I tan, which is kinda funny when you think about it since Giant Freckle was the name my parents almost gave me before opting for Jeffrey or maybe it was Francis. I forget.

Who doesn’t love cake, right? But, I really love cake. I want to eat it daily and smile like a drunken fool realizing that if I were to eat as much cake as I truly wanted, I would grow so large as to not be able to physically move and I’d have to be on one of those Discovery Channel shows where a forklift is required just to heft me out of bed. At least then I’d be on TV and all famous and all of you would say, “I remember him when he was just one of the little people” and you would say it without any kind of irony at all because, you know, I would be fat.

I’ve only seen real snow once.

It was on my honeymoon and contrary to popular belief, it was not simply because I was thrown out in it…well, not entirely. What happened was I started screaming and my ex-wife was like, “What is your problem? I’m from Detroit and shit. Don’t be such a pussy.” I then started crying and she said, “I’ll give you something to cry about” and shoved snow down my pants. What can I say? She knew what I liked.

I am the greatest steering wheel drummer ever.

Impressive, I know. It’s why the ladies dig me or tolerate me. I get those two things confused, like I confuse the difference between funny and stupid. Anyway, I can also talk on the phone and eat a burger while drumming and driving…a standard. It’s probably because I was born with four arms. Oh, did I not mention that? Yeah, I’m a sextoped, which means I have six arms and legs, not that I pedal sex, which is silly because sex doesn’t include pedals unless there is some new technique I haven’t read about. Somebody help me out with that one.

There are my seven things. Now, you know things about me even my mother doesn’t know and, really, don’t tell her because this list is going to be her Christmas present in 2009. She doesn’t read my blog because I told her it was written in blood and cursed by a voodoo priestess, which is totally true if by blood you mean pixels and by voodoo priestess you mean my cat whose name is voodoo priestess or VP for short. She hates me and curses me all the time.

Your turn you seven crazy bloggers. Get after it, yo.

7 Replies to “Worthless Things About Me You Can Use for Trivial Pursuit, the Jeff Balke Edition”