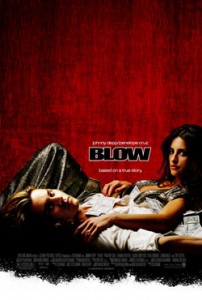 What has happened to our sports? I understand that we all giggle when football announcers say things like “he needs to get deep penetration into their backfield” or golf commentators say “he’s lost a lot of balls in the deep rough” or baseball guys describe their recent visits to prostitutes, but what is going on at the World Cup sickens me.

It should be noted that I do not watch the World Cup or any soccer for that matter. I have nothing against it. I played soccer for many years in my youth and, while I’m dubious of any sport that can end in a zero-zero tie and be considered “exciting,” it’s clearly very popular and the kids, well they just love it to death, don’t they.

But, I’ve got to believe that parents will be thinking twice about letting their kids watch or even play a sport that would allow such vulgarity in its most important tournament.

I’m talking, of course, about vuvuzelas.

I’ve been reading that they are blown in the stands with regularity and that the sound this creates is a problem for fans, teams and even viewers? Well, I should HOPE SO! I’m surprised that so many women would allow this to happen in public.

Look, whatever you want to do in the privacy of your own home is fine with me, but you don’t go blowing on someone’s vuvuzela in public! It’s indecent! There are children watching, for Christ sake!!!

Sure, I guess it could be a turn on for some of you perverts out there, but that’s what the internet is for.

What does seem strange to me is that the sound made during this activity is a loud buzzing noise. I don’t think I’ve ever heard something like this creating a buzzing sound. Maybe it is some South African tradition. Also, I’m confused as to why anyone would blow on a vuvuzela. I guess it could be stimulating to some, but a whole stadium of…

Ok, so I just got an email from someone after sending out a rant to all my relatives about this vuvuzela telling me that it is some oddly shaped horn that makes an annoying sound when blown at soccer matches. Well, color me embarrassed.

← Washington Gives Back to Live Music…Not Really
Man Dies, but Twilight is AWESOME! →