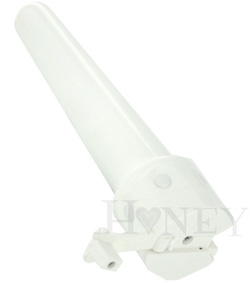 I read on a blog the other day that the Swine Flu was actually a bioterror weapon distributed by the US government so they could force everyone to take mind controlling drugs hidden in immunizations that would allow them to impose martial law. That makes a LOT of sense to me given how effective the Swine Flu has been at rendering us all deathly ill and giving us hooves and snouts.

Where, you ask, could I find such a wonderful invention? Well, I’ll tell you, right HERE.

And it’s a good thing it will run for an hour because once you are done cranking for eight minutes, you won’t have the use of your hand for at least that long! 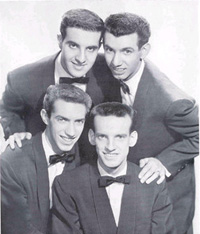 I’m guessing they named the device after the 50’s song of the same name by the Crew-Cuts. After all, look at these guys. When you look at them, isn’t the first thing that comes to mind putting a big (recycled)plastic schlong in your vagina?

Earth angel, earth angel
Will you be mine
My darling dear
Love you all the time
I’m just a fool
A fool in love with you

If they said “Love you LONG time,” it would be a match made in…well…heaven.

For around a hundred bucks, you will never have to worry about going without an orgasm when the power goes out. Sure, you COULD stock up on batteries or, you know, have sex (LOL! Yeah, I thought that was funny too!), but what good will that do you when the zombies have taken over the Kroger or when you are stuck in that yurt living off berries and gopher meat during the long nuclear winter?

See, when no one else is thinking of your vagina, I am. You can thank me later.

← Tubesday: Moonlight
Five Ways the Rockets and Houston Are Alike →