Things I Love: Baseball on the Radio

Every Thursday, I post about the things that I love, and God only knows what those things might be. 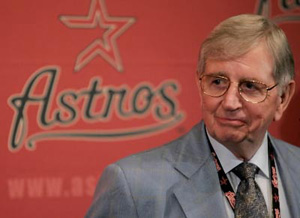 No, this isn’t some tribute to an odd indie band – maybe I have that wrong. And this isn’t about my love for baseball because I’m not really a big fan. This is about the soothing sounds of baseball on the radio.

Before you think I’ve retired and moved to Boca, let me explain.

Some days (or nights), I don’t want to listen to music. I hear it a lot. But, if I’m driving, I don’t just want silence either. That leaves me with conservative talk radio or sports. Being liberal (yeah, a commie pinko!) and a sports fan means I always choose the latter. Mindless talking heads yammering on about trades and random crap is pretty boring, but baseball isn’t.

To me, football and basketball are sports for watching – in person or on television. Golf is for tv viewing while napping on Sunday (everyone knows this). NASCAR is for being drunk and having sex with sheep. I think they shipped the NHL back to Canada or Russia or some country where it snows like 350 days a year. So, that leaves baseball.

On tv, baseball is damn boring. If I go to a game, I just want to eat a hot dog and eyeball the hot girls in the stands. What? At least I’m honest (and pervy – you know you love it, sicko)!

Few things, however, are more enjoyable and relaxing than a play-by-play announcer (like the Astros hall-of-famer, Milo Hamilton, pictured above) and his jovial color commentator. When I was a younger, I thought a “color” commentator was a derogatory term for Joe Morgan. Then, I realized that I’m retarded and that these are actually the guys that chime in with comments, scores, etc.

What’s great about this time-honored combo is the random banter they have throughout a game. In football and basketball, the action is usually too complex or fast paced to spend much time talking about anything other than the game. But, with the time between pitches, time between batters, ball scratching and arguments with the umpire, there is more than enough time to jabber incessantly about pretty much anything.

I remember reading that Chris Berman from ESPN once used every line from the song “Hotel California” to describe a game he was calling. I’m not sure if this is true, but I can totally see it. “I think they pink champagne’s on ice. I mean, they’re just prisoners of their own device out there.”

The best part of this interplay is the way the announcers intersperse comments and announcements with the actual game call. They sound something like this:

Announcer: One ball and two strikes to Lopez.
Color: You know, I never get tired of the hot dogs here at Minute Maid.
Announcer: That is quality ballpark food to be sure…that’s outside for ball two.
Color: I had a loaded chili dog earlier and it was mighty tasty.
Announcer: [pause – crowd murmur in the background] Announcer: Is that what I smell? Foul tap down the right side.
Color: [chuckle] Announcer: The Kiwanis Club of Kingwood is in the stands…WHOA! Look out. Somebody got a souvenir on that foul ball.
Color: And a concussion…
Announcer: Hopefully, the Kiwanis Club isn’t in section 103 today.

I absolutely LOVE that stuff. It’s even more exaggerated at spring training games where only a few hundred people show up and they’re in some little town like Alligator Mom, Florida or Desert’s Asshole, Arizona. You can hear fans yelling stuff from the stands and there is rarely a seven-second delay so the announcers just have to cover for it.

It’s relaxing. It’s funny and, let’s face it, it’s good, clean all American fun if that includes steroids and sex with strippers, and you KNOW it does.

4 Replies to “Things I Love: Baseball on the Radio”