No Such Thing as Guilty Pleasure: Music I Love That You Hate 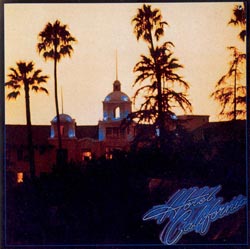 I’ve had a few discussions lately with people who, with varying degrees of subtlety, told me that many of the things I like about music are just plain stupid. They can’t seem to understand why I prefer melody over noise. They can’t fathom how I could dare to think McCartney was Lennon’s equal. It’s worse than being music snobs. They actively think I’m an idiot!

Well, I’m here to tell you something: I do not give a shit and to prove it, I’m giving you the music I love and you hate. Happy Holidays! You can make fun of me later. 🙂

These may very well be the two most unfortunately maligned singers from famous bands. Phil could never be as good as Peter Gabriel. Paul could never live up to John Lennon. The one problem with that theory is that it’s utter bullshit. Both of these guys are world class musicians and songwriters. They just happened to take different directions from their former parters. For many it’s almost as if to like either of these guys means you must hate the others and vice versa, which is almost as dumb as it is ridiculous. I love Gabriel and, without McCartney AND Lennon, there would have been no Beatles.

“Some people wanna fill the world with silly love songs, and what’s wrong with that?”

It’s the wrong time of year to even breathe the notion that I like Christmas music, I know, but it’s true. I’d listen to it in January if I weren’t worried that someone might strangle me with a strand of twinkling lights. Some great jazz and vocal standard music happens to be in the form of Christmas songs and a number of our most beloved seasonal tunes also happen to be wartime odes to home and family. Besides, it only lasts for the general public for about six weeks, so get over it.

“It’s the most wonderful time of the year.”

The first post-Van Halen DLR record, Eat ‘Em and Smile, is still one of my favorite records. The guy had life and energy and knew how to turn a phrase. He also understood the value of surrounding himself with great musicians, a lesson he no doubt learned from his time in VH. Eddie and company were never the same after he left (I always liked Sammy Hagar solo, but Van Hagar was mostly a travesty mixed with more than a smidge or shame) mainly because he injected some humor into what appeared to be some rather dour surroundings. Diamond Dave may have been corny, but the guy was also awesome on steroids.

“And the meek shall inherit shit.”

Poor, Billy. This is a guy who always felt under-appreciated and, unfortunately, it’s true. The Piano Man was mostly known for his soft pop hits, but he was a master songsmith of the highest order. Sure, he made some missteps at times (who doesn’t?) and perhaps took bad advice on making videos on occasion (“Tell Her About It” should be banned and then burned), but the guy who wrote “Vienna” and “Summer Highland Falls” deserves better than being dumped in the same boat as Barry Manilow.

“There will be other words some other day and that’s the story of my life.”

In an era where music is more about atmosphere and sound than melody, these guys still do it old school: with hooks. Remember those? You know, catchy, interesting, singable musical moments that allow us all to join in? Yeah, those things. It’s also really refreshing to see a band that doesn’t pretend to be bad because they think it makes them cool. Their records sound really, really good and they are unapologetic about it. To add to it, these guys professional and humble and like working together. These are novel concepts in an industry fueled by controversy, noise and drug-fueled hazes making them a throwback and that’s cool with me.

I grew up in the 80’s and at that time you either liked new wave or you liked metal. Guess which one I liked. I may have grown into enjoying music more dominated by synthesizer and eyeliner than guitar and hair spray, but at the time, Yaz and Depeche Mode could suck my Dokken. Today, I may not yank out the Tesla or the Judas Priest with as much regularity, but I still have the ticket stubs to prove I saw them and it can still rock your balls off.

“I hot, young, running free, a little bit better than I used to be.”

I went to see Rush recently, even reviewed it for 29-95.com. They were fucking phenomenal, better than ever. Prog rock bands like Kansas, Rush, Yes and others were just bands who wanted to bring complex musical arrangements into their material. As someone who was always striving to be a better musician, I greatly appreciate this. Plus, Rush is as loud and balls out rock as anyone and any band that can remain that way – let alone relevant – for 40 years has earned my respect even if they can’t earn it from the critics.

“It rises now before me, a dark and silent barrier between all I am and all that I would ever hope to be. It’s just a travesty.”

I’m a sucker for a good melody and I’m a child of the 70’s. The result is I like the Little River Band, England Dan & John Ford Coley, Bread and Ambrosia. Sometimes, all I want is a good hook that I can sing along with. I don’t really give a crap that you don’t like it. I don’t listen to “Brandy” to make you happy, but it sure does make me happy, which is the essence for me of what music is about.

“It’s hard to walk away from love. It may never come again.”

Even I will admit straight up and with no equivocation that a lot of that blend of rock and jazz we call “fusion” sucks donkey balls. Bitches Brew may be one of the most singularly horrible experiments in music ever created. But, just as Bob Dylan plugging in alienated a lot of people while moving his art forward, Miles Davis understood that doing the same thing over and over is the death knell for an artist. As a bass player, it’s fair to say that the best players of my instrument are not generally found in rock music. But Stanley Clarke, Jaco Pastorius and Jeff Berlin were some of the best of all time and that meant listening to a lot of stuff that I may not normally sit around and hum. And whatever if you don’t think Al DiMeola’s Elegant Gypsy isn’t one of the best damn records ever.

[Insert killer wanking solo that you couldn’t play if God gave you his guitar to play it on here.]

You hate them. Admit it. I can hear you out there bitching about them. For years, I was even convinced that I didn’t care about the Eagles and I certainly won’t call myself their biggest fan, but I’ve come to appreciate the fact that it is not easy to write good pop songs and they wrote a shit ton of them. Like I said earlier, I don’t listen to music to make anyone happy but myself. I listen to enjoy it and I enjoy the hell out of the Eagles at times. If you don’t want to, that’s totally cool with me, but don’t regard me as some sort of musical retard because I happen to like the guys that wrote “Life in the Fast Lane.”

“So often times it happens that we live our lives in chains and we never even know we have the key.”

2 Replies to “No Such Thing as Guilty Pleasure: Music I Love That You Hate”