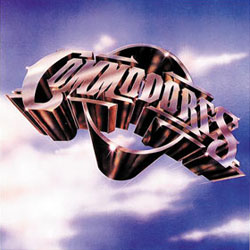 There are songs that are great for listening, dancing, steering wheel drumming and whistling, but there are few songs that are as good for singing in the shower as “Easy” by the Commodores. Ok, for me anyway.

Sure, Lionel Ritchie looked like he emptied an entire crate of Soul Glo onto his head every night and a band that penned the funk anthem and ode to bodies that go KAPOW! “Brick House,” turned soulfully wussie with the release of this ditty, but, damn is it ever good for sangin’.

In fact, it was “Easy” that led the funk outfit to get all ballad-y and eventually release their biggest hit, “Three Times a Lady.” “Easy” reached #1 on the Billboard R&B Charts and #4 on the Hot 100 Charts in 1977 and has been covered by a number of artists, but none nearly as awesome as the literal version done by Faith No More.

Unlike the typical ballad with it’s sweet love themes, “Easy” is a soulful slap-yo-momma-in-tha-kissah song about a guy who is sick of his girl’s lame ass ways, so he kicks her to the curb and turns free agent.

Listen, girl. Pain ain’t funny, you dig? This a MAN we’re talking about, the kind of man who has the balls to announce that he’s leaving you tomorrow. Not now. Not in a minute. To-freaking-morrow! That’s gumption with a capital umption!

You know I’ve done all I can
You see I begged, stole
And I borrowed

I mean, what else can a brother do? The guy is practically a criminal for your love and he’s had enough, baby. You gotta let a man be.

Why in the world
Would anybody put chains on me?
I’ve paid my dues to make it

Seriously, sugar, why would you try to put chains on a man so cool and successful as him? He’s paid his damn dues already! Give a brother a break!

Everybody wants me to be
What they want me to be
I’m not happy when I try to fake it!

It breaks my heart to see this poor guy getting steamrolled like this. Nobody wants it to be real. He has to fake it so bad, he needs an exclamation point and he’s NOT happy!

Let a boy be high already. Give him back his joint and let the man go.

It should be noted that the above bridge is freaking great for singing so loudly you wake your neighbors and is only second in coolness to the killer fuzzy guitar solo that comes immediately after it. Ritchie leads into the solo with a nasty “EEEWWW!” and boom goes the dynamite. The solo is SO cool, in fact, you can sing it too and, oh yes, I do.

← Tubesday: The Facts of Life
Finally, A Way to Wear Someone’s Skin Without the Muss and Fuss of Killing and Skinning Someone →