Dr. Evil: The key to this project is the giant laser, which was invented by the noted Cambridge physicist, Dr. Parsons. So therefore, it is fitting to call it: “The Alan Parsons Project”.
[Scott snickers] Dr. Evil: What?
Scott: The Alan Parsons Project was a progressive rock band from 1982. Why don’t you just name it Operation Wang Chung, ass? 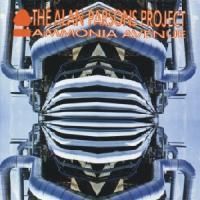 Who said light rock had to be limited to the 70’s? In 1984, The Alan Parsons Project, a British songwriting duo and production team, released “Don’t Answer Me,” which reached #15 on the Billboard charts.

Parsons was already a veteran of the music business working as an assistant engineer on The Beatles’ albums Abbey Road and Let It Be. He later worked as an engineer and producer for a number of artists, most notably engineering the prog rock masterpiece Dark Side of the Moon for Pink Floyd.

Almost as important as “Don’t Answer Me” the song was the video (see below) that accompanied it and was played repeatedly on upstart music channel MTV. The comic book themed film noir style video was a nominee for Most Experimental Video at the MTV Video Music Awards.

The genesis of Alan Parsons Project was a marriage of Parsons’ music and ethereal production and Eric Woolfson’s literary conceptual ideas. This seems to work perfectly in “Don’t Answer Me,” a song about the very personal and painful struggles in an intimate relationship.

I almost can’t hear the song without thinking of the Mickey Spillane-style video. God knows I saw it enough on MTV when I was a kid.

Oh, and did everyone have to have a sax solo on their songs in the early 80’s? Answer: yes. Also, as a friend of mine put it to me recently, this may have been the most important pop song for castanets ever.