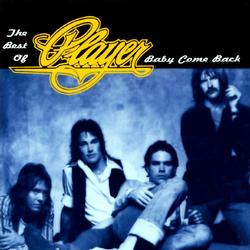 There were a lot of bands in the late 70’s that weren’t just one-hit wonders. Some of them sunk so far into a popular genre, they were mistaken for other, more popular acts.

Enter Player whose #1 hit single in 1977, “Baby Come Back,” was often incorrectly attributed to the more successful white soul duo Hall and Oates. “Baby Come Back” was just the kind of soulful, white guy funk that Hall and Oates became popular for producing and Player emulated it perfectly if for only that one song.

Formed in LA, Player rose to popularity with their one hit and with a stint as the opening act for Eric Clapton. They never did much after their one hit recording only four albums total in their brief lifespan as recording artists. The various members split up and found other outlets including Ron Moss, who has been a regular cast member of the soap opera The Bold and the Beautiful since 1981.

Peter Beckett performed live with another 70’s soft rock group, Little River Band, in the 80’s and would do “Baby Come Back” at live shows. J.C. Crowley managed to carve out a nice country career for himself in Nahsville landing a few top 20 hits as a solo artist.

The band is reportedly working on a reunion, perhaps on the strength of their hit song’s inclusion in the flim Transformers or in the commercials for Swiffer. Who knows?

One thing is for sure, as good as “Baby Come Back” might be, Player is no Hall and Oates.

← Things I Love: A Good Quote
Tubesday: The Facts of Life →