In the Midnight Hour, She Cried Ho Ho Ho! 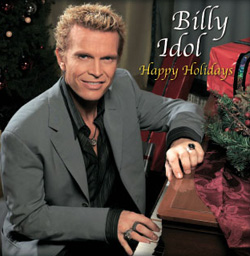 What is the deal with all the holiday album silliness? We’ve had the Twisted Sister abomination to go along with others including Sufjan Stevens, Aimee Mann, James Taylor, Robin Gibb, Brad Paisley and more predictable fare.

I’m not sure what scares me more about this, but I’ll list the top 3 possibilities in no particular order:

The fact that the songs are sung in as traditional caroles.

Did anyone see that coming? From pseudo-punk to Bing Crosby (more on that in a minute), Idol is handling classic songs like White Christmas in traditional form like you’d hear from Percy Faith and his Orchestra. Seriously!

The Bing Crosby-meets-David Bowie shit-eating grin he has on the cover.

I really don’t even know what to say about this. I’m sure that Santa is weeping…black mascara-filled tears.

0 Replies to “In the Midnight Hour, She Cried Ho Ho Ho!”