Fun Gig at the Rhythm Room

orange is in had a good gig at the Rhythm Room last night. We had a photographer come out to take some live shots of us – it is so very rock and roll.

So, it was a little sloppy, but we had fun. Lots of energy and it was a little creepy, but a bunch of people who didn’t even know the band or come to see us showed up in orange shirts. Felt like an episode of the Twilight Zone.

I managed to snap a couple of shots outside and of my set list. Note the many added notes. This is what happens when you play two different instruments – fretted and fretless bass – while switching between standard tuning and drop-D on BOTH basses throughout the night. I need a freakin’ tech.

The sound started out shaky. Some weird low hum in one of the monitors made it tough to hear, but that got fixed. We were sloppy, but had a fun night nevertheless. We’re all anxious to see how Leland Isley did with the photos. Leland is a terrific photographer and a really amazing funk/r&b guitarist. Nevermind that his uncles were the Isley Brothers – seriously.

So, fun was basically had by all. Next gig for me is June 12 with SlapShifter at the Last Concert Cafe, then June 23 with orange is in back at the Rhythm Room. 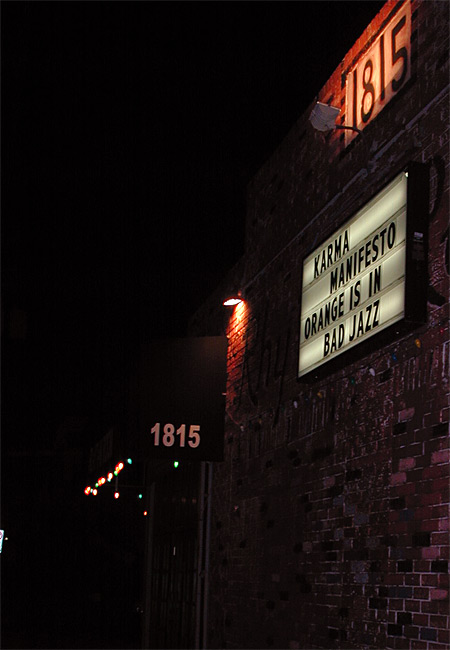 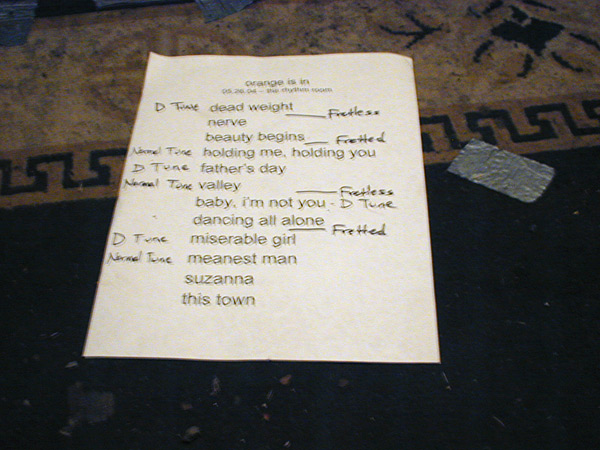