by Jeff on November 26, 2006 in The Idiot Box Archive, Uncategorized • 0 Comments
Share This 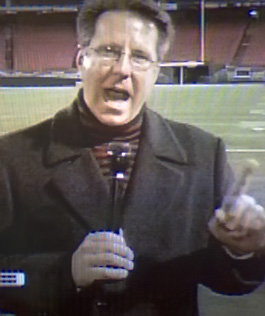 Am I the only one who thinks Keith Calkins ripped off his turtle neck from either Waldo or Freddy Krueger?

And what is up with all the turtle necks anyway? I saw one on Texan broadcaster Mark Vandermeer during a feature segment Fox did on him. He was in his house in Houston. I’m thinking pipes and tweed jackets with elbow patches are next.

I have nothing against the turtle necks – though this red and black number to the right would’ve looked better as an off-the-shoulder blouse…with stirrup pants…in the 80’s…on a girl – but this trend of them being worn with impunity in public must stop.

← Lost: One Outdoor Patio Table
Photos from the Weekend →