I’ve poked fun at Christmas albums this year from Twisted Sister and Ali Lohan. I’ve joked about the holidays on more than one occassion. But, let it be known that I am a complete and total sucker for the holidays. I watch a lot of stupid Hallmark channel movies, Food Network holiday food shows and get sentimental over Christmas at the White House. Hey, shut up!

In my little “What I’m Listening To” section over in the right column, you’ll likely be seeing a lot of Christmas music over the coming weeks.

And, despite my humor about holiday music, and there are plenty of records that need no help from me to be laughable, the following is my list of five of my favorite Christmas albums and one’s that should be part of anyone’s essential collection of holiday music – assuming you aren’t a Grinch or a Scrooge. 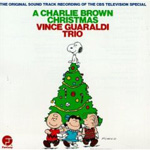 I should start this off by saying that, for me, jazz music is the music of Christmas. Caroles and hymns are all well and good, but it’s not the holidays without great jazz music and Vince Guaraldi was a fantastic jazz pianist. His music (nevermind “Linus and Lucy) is the foundation for, arguably, the greatest holiday television show in history. My personal favorite is “Skating” because it feels like ice skating and I can picture those cartoon kids doing the whip across the ice. There are few records that immediately remind me of being a kid like this one does. It is an absolute must that this is part of your Christmas collection if it isn’t already. 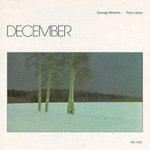 This is an album for late at night on Christmas Eve. Technically, it isn’t a Christmas record. This is a solo piano record reflecting what new age pianist George Winston considers to be the sounds of winter, or, more specifically, December. The piano is light like snow falling and the music is quiet and spacious like it is lit only by candlelight and snow-reflected moonlight. It is a masterpiece of beatiful piano music and nothing calms me down quicker. His rendition of “Jesu, Joy of Man’s Desiring” (called just “Joy” on the CD”) is a perfect compliment to a quiet, gentle album of winter songs. 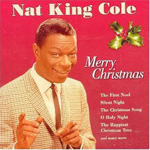 How can it be Christmas without Nat King Cole? It can’t. While he may not have written it, Cole’s version of “The Christmas Song” is an all-time classic. To hear him croon “Chestnuts roasting on an open fire. Jack frost nipping at your nose,” is to know the holidays in the same way as hearing Bing Crosby do “White Christmas.” This is one of those records that was part of everone’s holiday music collection growing up, as it should be. If you don’t own it now, well, shame on you. Go over to your parents and swipe the vinyl from their box full of Christmas albums and borrow a dj turntable to hear it in all its glory. 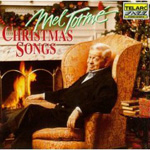 Mel Torme wrote the most famous American Christmas song of all time, “The Christmas Song,” and it is one of this collection of holiday classics performed by the “Velvet Fog” and his orchestra. This album has some of the finest arrangements of a jazz orchestra you will hear. Unlike many classic records, this was actually a fairly modern release (1992) and contains modern production and a well-arranged batch of music. There are some great tunes on this including “The Christmas Waltz” and slightly more obscure offerings like “Glo Worm,” but nothing beats “Sleigh Ride.” It is smoking fast and includes a bit of Torme’s famous scatting. If this doesn’t get you in the holiday spirit, nothing will. 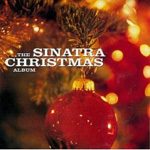 So many great American Christmas songs were recorded during World War II (with good reason) and they reflect how poignant a time it was. Today, we hardly remember that songs like “I’ll Be Home for Christmas” weren’t about missing a flight or being stuck at work. They were about soldiers fighting in foreign countries. To me, there is no Christmas without Sinatra. While he never made a full-blown Christmas record for Reprise, this compilation of some of his best, including the most well-known and aforementioned “Ill Be Home for Christmas,” is terrific even including hymns like “Adeste Fideles.”

So, sit back and enjoy some egg nog this holiday season and listen to some great music. Happy Holidays!