by Jeff on September 1, 2006 in Entertainment, Uncategorized • 0 Comments
Share This 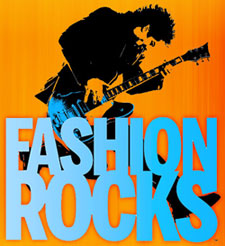 With this kind of image, you’d think that the CBS show airing next Friday night would be loaded with kick ass modern rock bands. The iPod-lite image of the leather-clad guitarist would lead one to believe you might witness a hard driving, ass kicking rock show with hot supermodels rolling around in a vat full of jello – in coture of course.

Performing on the show:

Nothing says rawk like Christina Aguilera and Daddy Yankee. What’s worse, you have two bands (The Black Eyed Peas and The Pussycat Dolls) who singlehandedly have made me want to rip my radio out of the dash in my truck and heave it into oncoming traffic. Whenever I hear that Hump song or that Girlfriend song, I want to jam an icepick in my ears and rupture my eardrums.

The closest we get to rock in this one is Scisssor Sisters, a weak attempt at giving modern rock music some representation. Nothing wrong with the Sisters. They just happen to be the only one’s with any rock cred performing.

And what the hell are Tim McGraw and Faith Hill doing in there? Maybe they could do a cover of Endless Love and really tear the roof off the sucka.

The whole thing is “curated” by Elton John, whatever that means. It is probably suitable since Elton, a once-brilliant songwriter, is better suited to a museum now than a rock show.

Maybe most indicative of what is to come is represented in this blog post from FashionRocks.com

The new Grunge is about covering up. “Marc Jacobs said it was a reaction to the nudity and seeing celebrities with low rise jeans and their underwear showing,” explained Vogue’s Virginia Smith. “He was into covering it all up.”

The most significant detail is the layers. “It’s a Henley T-shirt under a floral dress, covered with and oversized sweater,” Smith said, adding, “Galliano did a very poetic version of it with something very soft against something very hard – faded print dresses with a very hard rocker jacket and a great hat.”

So layer it up with pieces like thermal shirts, hoodies and military jackets.

Yeah, because we all know that nothing says grunge like a Henley t-shirt under a floral dress covered with an oversized sweater. Kurt Cobain must be rolling over in his grave.

(Note: It is only under the slimmest of margins that I put this in the music category…on second thought, it doesn’t deserve it. Off to entertainment you go.)